A Mime, Magic and Murder

Beyond a Reasonable Donut (A Deputy Donut Mystery Book 5) 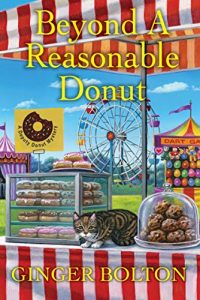 This series is always fun to read. In this book, Emily who co-owns a donut shop with her late husband’s father) is working at a carnival. Assisting her is Nina, who is also an artist getting ready for her first big gallery showing.

A magician and a mime upset the two of them and for good reason. There is also a very strict and almost nuts, coordinator at the carnival who has it in for Emily.

END_OF_DOCUMENT_TOKEN_TO_BE_REPLACED

Murder in Galway (A Home to Ireland Mystery Book 1) 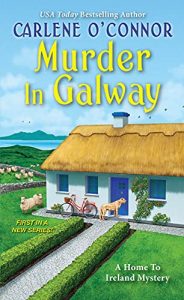 I found it easy to relate to many of the attitudes of this character, least of all of her attitude towards black and white pudding. I’ll leave it to you to read what it is and what she thinks of it.

Tara has arrived and is there to spread her mother’s ashes in Galway Bay. Well, that was her intent on her first day.

END_OF_DOCUMENT_TOKEN_TO_BE_REPLACED 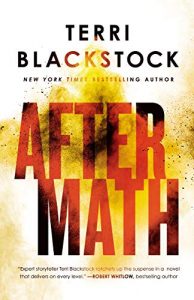 This is a compelling and suspenseful story with Christian overtones.

I wasn’t sure what to expect as I have read only one or two books by this author in the past. I found myself glued to the novel, waiting for each step to unfold.

An explosion occurs that kills two of three friends who were attending. The one that survived is filled with remorse about not being able to save her friends. It sends her into darker and darker thoughts and all she can figure out to do is to wreck revenge upon the culprit.

END_OF_DOCUMENT_TOKEN_TO_BE_REPLACED

Enjoyable read in this series

Deadly Ever After: A Lighthouse Library Mystery 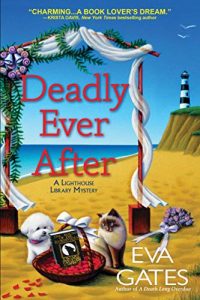 I’ve read most of this series (minus a few of the first ones) and enjoy it. The amateur sleuth is Lucy Richardson, who works and lives at the Bodie Island Lighthouse Library. Now that she’s engaged to mayor, Connor McNeil, they have started looking for a home of their own. Finding one that they can afford is proving troublesome.

At the same time, Lucy’s ex-boyfriend, Richard, from Boston has shown up with his overbearing mother in tow. The mother keeps pushing Lucy and Richard together ignoring the fact that Lucy is in love and engaged to Connor. When Lucy’s mother, from Boston, shows up, she wonders what is going on.

END_OF_DOCUMENT_TOKEN_TO_BE_REPLACED

Such a slow and tedious read 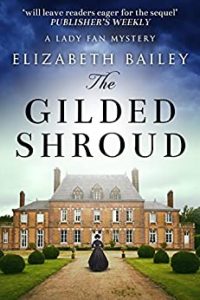 I had read and enjoyed a Georgian romance novel by Ms. Bailey, so I was looking forward to a period mystery series by the same author. To say the book did not meet my expectations is putting it mildly.

While the historical period is portrayed nicely as is the language (for the most part), the book became quickly tedious as it was overly long and I solved the whodunnit within very few pages.

It felt, to me, that a lot of the story was filler. The intrepid widowed companion turned sleuth, Mrs. Ottila Draycott could not do anything spontaneous. She would think of something, then think about it again, spending pages in doing so. She would then do the thing she had thought about and then think about it. Then she would tell someone, generally Lord Francis Fanshawe, about what she had done. Then they would discuss it. Next, they would tell someone else. Then another discussion would ensue.