Fun mystery set in Chicago during the days of Prohibition 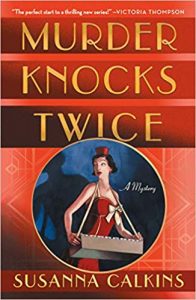 This is a mystery which is set in the roaring Twenties and is primarily situated in a speak-easy in Chicago. It is the first in a series.

Gina is a young woman who needs a job so that she can help her father who has increasingly been unable to make a living. Her friend tells her about a job in a speak-easy and suggests that Gina should apply for the job. Gina does and takes right to the work.

When a murder occurs, Gina is drawn to solve it because of who the victim is as well as having seen the crime.

The language is what we currently accept as that of the time. It is what I have seen from movies from the period and may very well be exactly how people spoke.

END_OF_DOCUMENT_TOKEN_TO_BE_REPLACED

The Mother-in-Law: A Novel

When I first started this book, I thought it was going to be a suspenseful mystery. While there are elements of both, the novel is really more of a fictional literature style book. It explores the relationship between daughter-in-law and mother-in-law.

The story is told from both points of view and is set both in the past and in the present with a small peak into the future at the end.

Lucy lost her mother when she was young and is thrilled at the prospect of having a mother-in-law to love and admire. Diana is definitely an admirable woman; however, she is not a person who it is easy to relate to – that is, unless you happen to be a recipient of her charity for unwed mothers.

END_OF_DOCUMENT_TOKEN_TO_BE_REPLACED

The Silent Corner: A Novel of Suspense 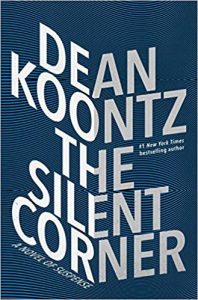 I started the Jane Hawk series with the second book and have read the third one as well. With the fourth, and final, book in the series due to come out in May, I decided this was the right time to back up and read the first book.

I’m glad that I did. While I didn’t need the book to jump right in, it did give me the background that I had to gleam as I went along in books 2 and 3.

END_OF_DOCUMENT_TOKEN_TO_BE_REPLACED

Daniel Pitt is a fairly new barrister and is somewhat shadowed by his famous father (Sir Thomas Pitt). Daniel wants to do his best and not have to resort to relying on his father. He is making his way at his new firm with the knowledge that he was hired because of his family and not just his own reputation.

This puts Daniel is a place of working very hard to do whatever is put in front of him no matter if it is to his taste or not.

His new brother-in-law arrives from the United States with a tale that puts Daniel on the spot in asking his boss to take on the case that is related to it. He does, but he assigns it to Daniel, who would prefer that anyone else take it on.

Still, he follows the clues, which seem to lead back to his client and yet, Daniel must defend him.

END_OF_DOCUMENT_TOKEN_TO_BE_REPLACED

A mystery in Scotland involving no less than Nessie

The Loch Ness Papers (A Scottish Bookshop Mystery No. 4) 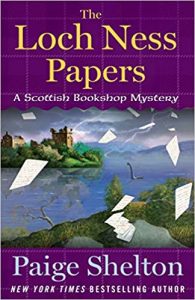 I’ve read this series since the beginning and have to say that I recommend reading the books in order. In order to understand how the characters have gotten to this place in their journey, you need to have the background stories.

The sleuth in this series is Delaney. She has moved from Kansas to Scotland for a job at The Cracked Spine, a bookstore of some repute. Delaney has found her new home in Edinburgh and is engaged to the love of her life.