A Christmas mystery with a host of great recipes 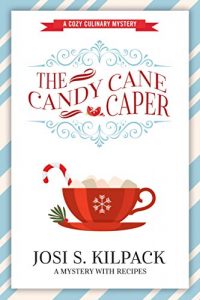 When I first started reading this book, I had no idea it was part of a series, let alone the 13th book of that series. It can absolutely be read stand-alone. However, was I read it, I was hooked and will go back and read the rest of the series from the beginning.

This is not a murder mystery. It is solving a theft whodunnit. While I had some idea of who might have been involved, I was surprised by the total resolution.

Sadie Hoffmiller is the sleuth in this book. Her best friend, Mary, is much older (at 94) and is in hospice and not expected to live through Christmas.

Sadie helps Mary decorate her last Christmas tree. Mary is unable to see but get feel her ornaments, which turn out to be antiques that are extremely valuable. When some of the ornaments turn up missing, Sadie decides she must solve the case and get those ornaments back without Mary knowing they were ever gone.

END_OF_DOCUMENT_TOKEN_TO_BE_REPLACED

Death of a Gigolo (A Jaine Austen Mystery) 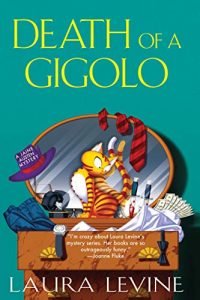 This is a long-running mystery series about a would-be writer who has to scrounge writing jobs to make a living.

In this entry in the series, Jaine has found a writing gig in a genre that is different that what she is used to. In addition to that, Jaine is getting back together with her ex-husband, much to the chagrin of her friends.

The writing gig is to co-write a romance novel with a very rich woman. It turns out that co-writing is a stretch of the term as Jaine seems to be writing it on her own.

END_OF_DOCUMENT_TOKEN_TO_BE_REPLACED

Another great mystery in the new Granny Reid mystery series

Murder in the Corn Maze (A Granny Reid Mystery Book 2) 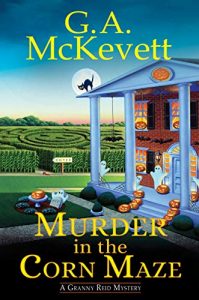 I’ve just been introduced to this talented author. I have read the first book in this series and am going backwards to read the series from which this is a spin-off. I’ve thoroughly enjoyed reading her books and will be looking forward to more books in this series.

While this book can be read stand-alone, I highly recommend reading the first book in this series so you can understand how Stella Reid got custody of her seven grandchildren and the backyard of many of the characters.

In this story, The Reid family is part of the Halloween parade and contest. From there, they move on to the Halloween Maze at the home of the richest family in McGill, Georgia. While only the oldest actually go into the maze with Stella, they still manage to get lost. In trying to find a way out, the eldest grandchild finds a particularly gruesome skeleton that turns out to be real and not merely a Halloween scary prop.

END_OF_DOCUMENT_TOKEN_TO_BE_REPLACED

No Judgments: A Novel 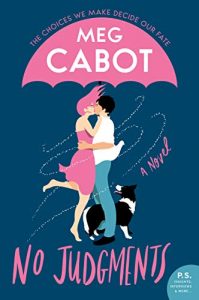 I was first introduced to Meg Cabot with her Heather Wells mystery series. I then read a few of her stand-alone books and really enjoyed them. When I saw that she had published a new book, I definitely wanted to read it. I didn’t realize that it was the second in a series at that time.

END_OF_DOCUMENT_TOKEN_TO_BE_REPLACED

Murder in Her Stocking (A Granny Reid Mystery Book 1) 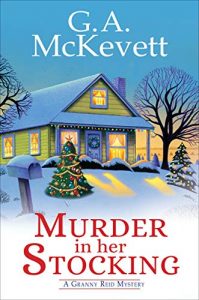 This is a spin-off of a long-running and popular mystery series. I haven’t read the original series (but I will having already bought several of the first ones after I read this book.) I noted that the very beginning and the very end of this book contains potential spoilers for individuals like me, who have not read the first series.

Granny is a granny; however, in this series she is known as Stella Reid. Stella lives for the days when she has her seven grandchildren with her. It doesn’t happen too often as she and her daughter-in-law do not have a good relationship.

The grandchildren are living a hard life and their father, Stella’s son, has all but abandoned them. Their mother is a drunk and a bit of a floozy, going so far as to bring her male friends home with her.

END_OF_DOCUMENT_TOKEN_TO_BE_REPLACED 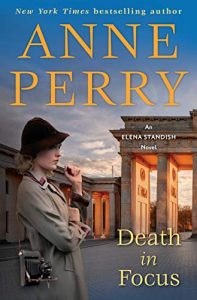 This is a story set in pre-World War II Europe. There is a debate about Hitler is a good thing for Germany or if he is a horrible individual who will bring death and destruction to Europe once again. Since looking back at history gives us twenty-twenty vision, we know now that Hitler was the latter.

This story is about a young woman, Elena Standish, who originally worked for the British government. However, she was duped and it resulted in her changing professions. She is now a photographer and is trying to make a name for herself.

This story not only introduces Elena but also various members of her family. There are many surprises with regards to those individuals and what they have done in the past and are still doing at the time this story is set.

Elena ends up finding out for herself just how serious things are beginning to take shape in Germany. She begins to take her stance and find her way once again.

I’m looking forward to reading more in this series. The author touched on many things that were heartbreaking and, at the same time, was able to write a compelling mystery as well.

END_OF_DOCUMENT_TOKEN_TO_BE_REPLACED

A theft, a murder and a missing person in a mystery set in Wales 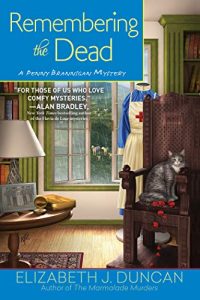 While this is the tenth in the Penny Brannigan mystery series, it is the first book that I have rad by Elizabeth J. Duncan. I so enjoyed it, I immediately purchased the first in the series and will read my way through them in order. This book can easily be read stand-alone and doesn’t seem to contain too much by way of spoilers for previous books.

In this story, Penny is confronted with a theft, a missing person and a murder. It seems as though all must be related and Penny goes to work solving all three.

END_OF_DOCUMENT_TOKEN_TO_BE_REPLACED

A story about a detective; a new series by Jeffrey Archer

Posted on September 3, 2019 by Iiiireader 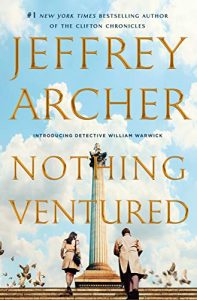 When the author says that this is not a detective story; it is a story about a detective, he means exactly that. While there is a whodunnit, it isn’t difficult to figure out, it is how the detective goes about learning how to be exactly that, that the story is about.

William Warwick has gone against his father’s wishes (that he study law) and, instead, has gone into police work. He studies law in University but then goes on to become a beat cop rather than qualify for a plan to jump ahead in his career.

END_OF_DOCUMENT_TOKEN_TO_BE_REPLACED

Start of a new series by Ann Cleeves

Posted on September 3, 2019 by Iiiireader

This is a mystery series set in North Devon, England. The lead detective is Detective Matthew Venn.

The book opens with the discovery of a murder near the home of Detective Venn and his husband. There are no witnesses; however, once the body was discovered, it is only a short time before the identity of the murder victim is uncovered.

END_OF_DOCUMENT_TOKEN_TO_BE_REPLACED

Liz Talbot and Nate are back on the case

Posted on September 2, 2019 by Iiiireader 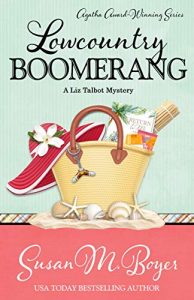 Liz Talbot and Nate Andrews are a husband and wife private investigation team. They work primarily in the area of Stella Maris island and South Carolina. They live in Stella Maris and are often assisted in their work by the spirit of Liz’s best friend from high school, Colleen.

Colleen is the spirit that protects Stella Maris and has worked with Liz for a few years. When Liz and Nate got married, Colleen also became visible to Nate. She only gets involved with Stella Maris is being threatened by the crimes that are happening, either at that time or at some time in the future.

In this story, Darius Baker, a former hometown boy who found fame and fortune in Hollywood, comes back to town.