A story of strength, endurance and starting over 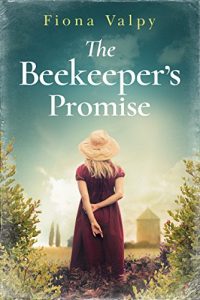 This is a story which is told in two time periods. The older one is set just prior to and including World War II. The current story is set in 2017, which I believe was when the book was released.

Abi Howes has been convinced to visit France at the Chateau Bellevue for a yoga retreat with her friend, who promptly deserts her when she meets a good-looking man. Abi has not been much around people because of events in her past. Her story is her struggle to find herself and to learn to live once again.